Booking of tickets and tours

Alhambra By Yourself: Ticket with Audio Guide

We have a highly qualified human team that is responsible for informing you at all times of the details you need to enjoy the tourist visit, we want to accompany you at all times so that your experience is absolutely unforgettable. We know the Alhambra in depth and we design tours that bring the visitor closer to the essence of the monument, with Tours outside the established stereotypes and circuits

Entering this architectural complex will fully immerse you in Andalusian culture. Through its gardens, its palaces, its towers and its doors you will be able to transport yourself to a time of great splendor and connect with a civilization that left its mark on the city in a decisive way to become what it is today. 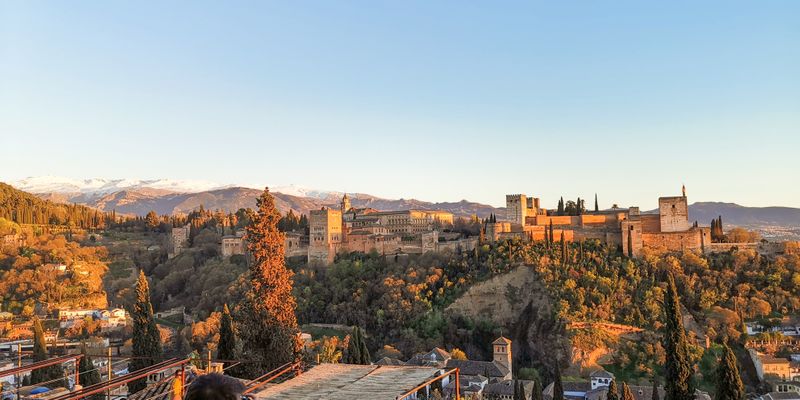 By the North entrance is the Puerta del Arrabal, which is located just below the tower that bears the same name. Formerly it was the path used to reach the Generalife and this point was reached from what is known as the Chinese slope.

Finally, the South entrance is the one that is recommended to take to start the tour of the Alhambra. It is accessed, always on foot, from the Plaza Nueva and the first view leads through a beautiful alameda from which to contemplate with perspective the extraordinary and majestic architecture that surrounds the splendid view. 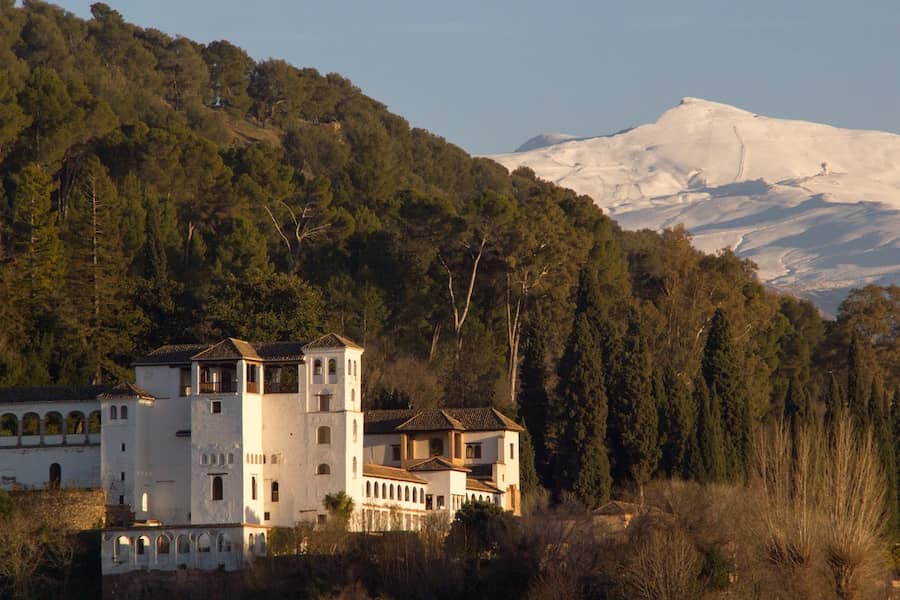 Once you have accessed the interior, the different parts of which it is made up, and whose visit is a must, are: the Alcazaba, the Bath of the Mosque, the Generalife, the Partal, the Palace of Carlos V and the Nasrid Palaces. 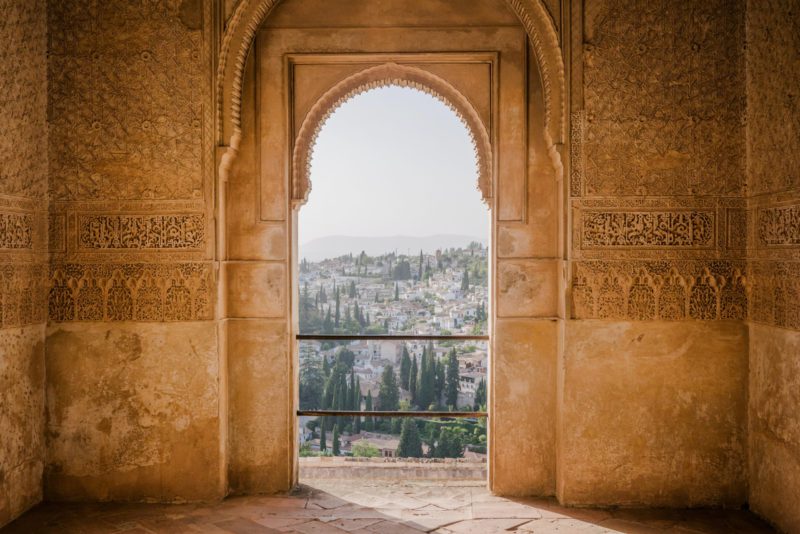 According to historians, this is one of the oldest parts of the building along with the Torre de los Bermejos. It is estimated that it was built in the 9th century, many years before King Muhammad ordered the construction of the fort, as well as the residence for his family, which dates back to the 12th century. 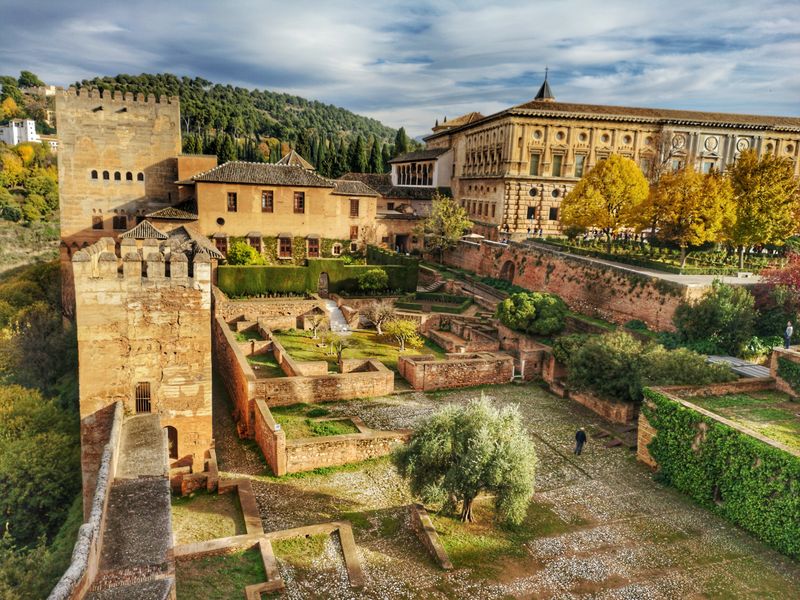 The Nasrid monarch Muhammad IV, who met a century later, ordered the construction of this palace, which has the honor of being the oldest of those still standing today

Under the command of Sultan Muhammad II, this space was built, which was conceived as a place of recreation for royalty, as well as the royal garden. It is outside the walled area in a place that was baptized as Cerro del Sol.

Muhammad III ordered the construction of a public bath in front of the mosque, although only a few rooms remain. In this mosque a church was built, already in the 16th century. 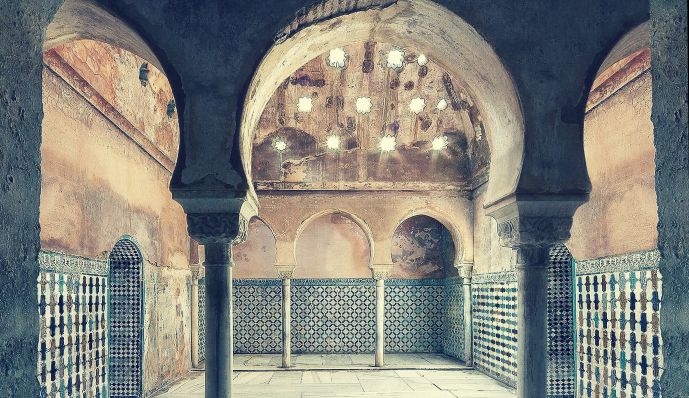 You have to go forward a century in time and place yourself in the reign of Ismail I to know that it was at that moment that the works of these palaces began. The Royal Palace of the Alhambra is divided into three very characteristic areas: the Palace of the Lions, the Palace of Comares and the Mexuar. 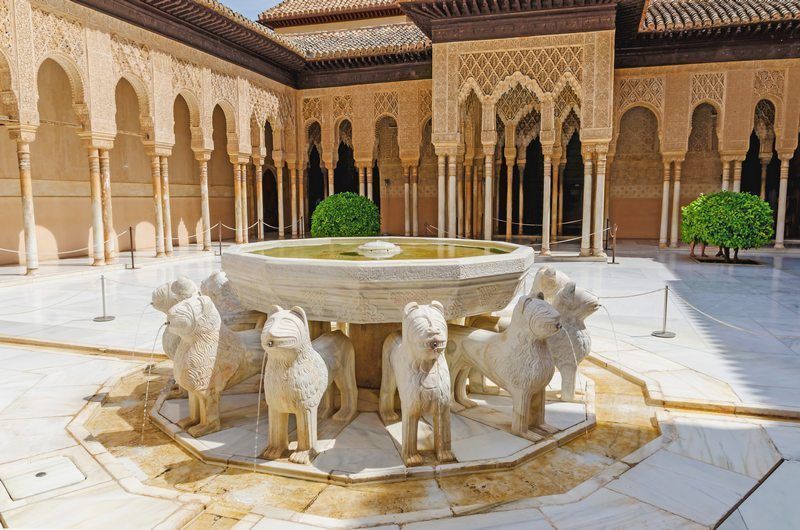 Already in the 16th century, the monarch Carlos V announced the construction of his particular Palace after his marriage with Isabel of Portugal. At the time it was left unfinished and it was not until the 20th century that it was resumed and finished (1953). 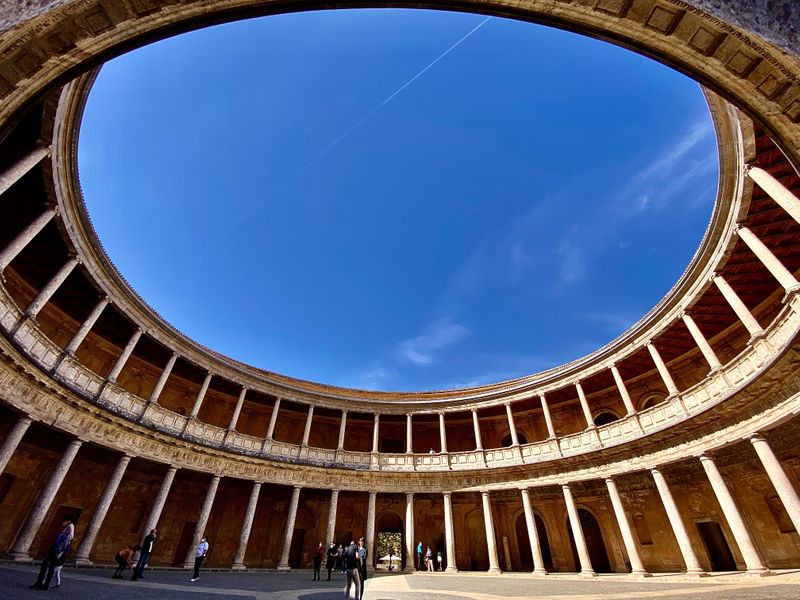 Going to the Alhambra to contemplate all its splendor is simple as long as you organize your presence there in advance. And it is that to access the facilities it is necessary to buy a ticket in advance, since the visits are organized and arranged in advance – you can also enter without a guide. In other words: if you come looking for a ticket on the same day, you will most likely have to turn around and stay with the desire.

Due to the great demand that exists, especially on dates as marked as Easter, Christmas or even in summer, finding a pass to visit the different places that make up this building is a very complicated task, but not impossible. So now you know, if you are thinking of visiting Andalusia and passing through Granada with the intention of entering the Alhambra, make sure you buy your ticket online.

MNPQ Gestores Turísticos, S.L. has been a beneficiary of the European Regional Development Fund, which aims to improve the use and quality of information and communication technologies and access to them, and thanks to which it has developed the implementation of an ELECTRONIC COMMERCE SOLUTION to improve the competitiveness and productivity of the company. This action has taken place during 2019/20. For this it has been supported by the Tourism Competitiveness Programme of the Granada Chamber of Commerce